“I’ve Been Everywhere” was written by Geoff Mack, an Australian songwriter and performer. In March of 1962, the song, which had been recorded by the Australian singer, Lucky Starr, entered the national charts and quickly rose to the covetted position of No.1.

Born as Leslie Morrison, in December, of 1940 Lucky Starr became a regular on Australian television making appearances on such shows as the local version of ‘Bandstand’. He even replaced Australia’s “king” of rock and roll, Johnny O’Keefe, as the host of the series, ‘Six O’Clock Rock’, in 1960. Regardless, until his release of the single, “I’ve Been Everywhere”, his success on the charts had been restricted to three minor entries. Lucky’s only other single to register was “The Three Trees”, which reached its zenith, at No.12, in late 1964.

Lucky Starr had begun his career in rock and roll, in 1957, as the leading singer of the group, The Hepparays. In 1960, it was alleged that he had had a sexual dalliance with an American minor, Cheryl Holdridge, who was touring with Disney’s Mouseketeers from the television show, ‘The Mickey Mouse Club’. 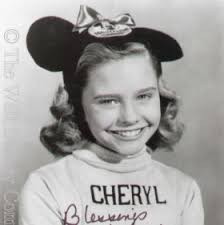 Lucky also made numerous visits to the United States where he performed at such venues as The Flamingo, in Las Vegas. During the Vietnamese War, he made six trips to entertain soldiers who were stationed there.

Geoff Mack wrote an American version of “I’ve Been Everywhere” and in September of 1962 this was recorded by Hank Snow. It entered the country chart there and proceeded to reach No.1. The song has been revived by such artists as Lyn Anderson and Johnny Cash.