Joseph Arrington Jr. was born in Texas, in August of 1933. He sang in gospel groups in his formative years, before the winning of a local talent quest led to him being signed to a recording contract, in 1955. Nevertheless, the by now Joe Tex had to deal with a succession of recording companies, over the period of a decade, before he was to experience his first hit of any significance.

“Hold What You’ve Got” was recorded by the soulful Tex, in the famed studios of Muscle Shoals, Alabama, in November, 1964. It was to be the title track for Joe’s first album.

Incongruously, most of Joe’s recordings were made in the ‘capital’ of country music, Nashville, Tennessee, although he also recorded in nearby Memphis, and, on one occasion, in New York.

In 1965, Joe Tex achieved his first No.1 on the rhythm and blues charts with “I Want To (Do Everything For You)” and followed it, almost immediately, with another, “A Sweet Woman Like You”. Joe’s biggest hit came in 1972, when “I Gotcha” sold in excess of a million copies.

Joe’s talents extended into that period of music known as disco, when, in 1977, “Ain’t Gonna Bump No More (With No Big Fat Woman)” was also sell more than a million records. A convert to the religion of Islam, Joe Tex had changed his name to Joseph Hazziez, in July of 1972. He died of a heart attack in August, 1982 at the age of forty-nine.

The names of more tracks by Joe Tex can be located in the suggested playlists.

Philadelphia has produced many famous recording artists over the years and while The Orlons might not be as famous as some of the others, the group certainly had its time in the spotlight. The quartet differed from the female groups of the time, in that one of its members was a male, baritone Steve Caldwell. Its other members were Marlena Davis, Rosetta Hightower and Shirley Brickley.

When The Orlons’ first two singles failed to chart, the group’s record label, Cameo, remained loyal. Finally, the label’s prolific songwriters, Kal Mann and Dave Appell, came to believe that they had written the song which would  launch The Orlons’ career; the breezy “The Wah-Watusi”.

So correct were they, that the single rose to as high as No.2 on Billboard’s pop chart, in the middle of 1962. The Orlons was off and running, with Rosetta now installed as the principal vocalist.

“Don’t Hang Up”, the following release, soared into the Top Five. The duo of hits, coupled with constant touring and regular appearances on the nationally televised Dick Clark’s American Bandstand, meant that it was no surprise when “South Street” jumped up the chart, peaking at No.3, in the first half of 1963.

Little did the group know that this was to be its last visit to the Top Ten, although there were two Top Twenty entrants to come, namely “Not Me”, which had been originally recorded by Gary “U.S.” Bonds, and “Crossfire”.

Hans became the composer of all of the group’s material, which began, at least on a worldwide basis, when the lively “Little Green Bag” entered such charts in 1970. The band followed this initial global success with “Dear Ann”.”Baby Blue” followed, in 1974, and, in 1975, The George Baker Selection enjoyed what was probably its most popular release, the light and breezy “Paloma Blanca”.

Strangely enough, there wasn’t anyone in the group by the name of George Baker! In addition to its leader and principal vocalist the band’s original members were bass guitarist Cor Veerman, leading guitarist George The, organist Jaques Greuter, and drummer Jan Hopp.

The names of additional recordings by The George Baker Selection can be found in the suggested playlists.

Every now and then I come upon an artist whom I believe deserved to achieve a greater degree of success than their recordings actually did. Wanda Jackson is one such artist. 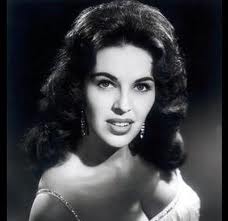 Wanda was born an only child to a pair of battlers in Oklahoma, in October of 1937. In search of a better life the family moved to Los Angeles, in 1942, where Wanda learned to play the the guitar, as well as the piano. By 1949 the trio had returned to Oklahoma, where Wanda came to the attention of the legendary country vocalist, Hank Thompson.

By 1954 Wanda had been signed to a recording contract and in the following year, became a full-time performer. She toured the South with Elvis Presley, before he burst on to both the national and international stages. Elvis was one of the people who encouraged her to try her hand at recording rock and roll, nevertheless, the only real success she had was to be in Japan, where “Fujiyama Mama” became a major hit, in 1958.

“Let’s Have A Party” — originally recorded by Elvis as “Party” and sung in his film, ‘Loving You’, in 1957 — revived her career, in 1960, when she had all but despaired of her future. Nonetheless, Wanda was to return to her roots, as a country artist, with such self-penned hits as “In The Middle Of A Heartache” and “Right Or Wrong”, in 1961.

The names of other recordings by Wanda Jackson are listed in the suggested playlists.

At the start of 1965 The Small Faces was a band of unknowns, however, by the middle of that year they had been signed to Decca Records. They loved smart clothes and rhythm and blues. Such people were known as Mods. 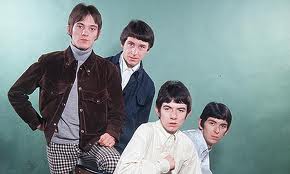 Jimmy Winston was replaced by keyboardist, Ian McLagan, by the year’s end and the quartet now consisted of leading singer Steve Marriott, guitarist Ronnie Lane, drummer Kenney Jones, and McLagan. Marriott and Lane gelled as songwriters and this coupled with the group’s indisputable ability to perform musically, soon had critics labelling them as London’s answer to The Beatles.

Before The Small Faces and Decca parted company, the group had achieved its first hit, the classic “All Or Nothing”. Led Zeppelin’s “Whole Lotta Love”, from 1969, is clearly based upon The Small Faces’ “You Need Loving”, recorded three years prior.

Partaking in drugs, such as LSD, began to influence the quartet’s musical direction and the subject matter of its songs. Psychedelic recordings such as “Itchycoo Park”, “My Mind’s Eye” and “Here Comes The Nice” are examples of this. However, as if prove that its feet were still well and truly grounded, The Small Faces’ greatest triumph was still yet to come, in the form of “Tin Soldier”.

For the names of more tracks released by The Small Faces, please, refer to the suggested playlists.

Sam Moore and Dave Prater first met in Miami, in 1961, at the King of Hearts nightclub. Each had come from a background of singing in church. This was the manner in which many performers from poor families honed the skills others, who could afford it, obtained from musical lessons and trainers, who would coach their voices.

The duo was influenced by such stellar performers as Sam Cooke and Jackie Wilson. Sam and Dave’s music encouraged the pair to be animated on stage, and, as for their prowess as recording artists, they were second only to Otis Redding, at the famed Stax Studios, in Memphis.

There, the majority of their songs were written by Isaac Hayes and David Porter, and their recordings were backed by the likes of the instrumental soul group, Booker T. and The M.G.’s. Although Sam and Dave recorded their first tracks at Stax, in 1965, and followed these with such numbers as “Hold On! I’m Comin'” and “When Something Is Wrong With My Baby”, the duo could not make meaningful inroads on the lucrative pop charts.

However, this trend was to end, in late 1967, when “Soul Man” not only spent seven weeks at No.1 on the rhythm and blues chart but peaked at No.2 on the pop chart. This was to mark the zenith of the duo’s career.

The names of more tracks by Sam and Dave are listed in the suggested playlists.

Unlike many groups at the forefront of the British Invasion, The Kinks enjoyed longevity. This can be put down to the undeniable talents of brothers, Ray and Dave Davies, who were born in London in the mid-1940s. 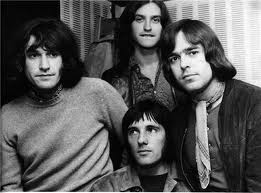 The pair, on vocals and guitar, was to be joined by bassist, Peter Quaife and drummer, Mick Avory. In August of 1964 the group was launched into the international spotlight when its initial hit, “You Really Got Me”, went to No.1 in Britain and entered the Top Ten in the United States. In fact, The Kinks’ first dozen singles to enter the British charts all reached the Top Twenty, with eleven of them peaking in the Top Ten; three of them at number one. All of this had been achieved in the space of just three years.

In 1970, two more recordings, “Lola” and “Apeman”, followed suit. However, a hiatus of almost a decade, from 1972, ensued and it seemed as if The Kinks’ knack of entering the charts had evaporated, when, suddenly, as if from out of the blue, the quartet resurfaced; most noticeably with the ditty, “Come Dancing”, in 1983.

Ray Davies’ ability to write songs on such an eclectic range of themes, such as the austerity in Britain at the time of “Dead End Street” or the world of transvestism, in “Lola”, ensured that the music of The Kinks contained the merit to survive and entertain future generations. “Waterloo Sunset”, is a personal favourite of mine.

For the names of other recordings by The Kinks, please, refer to the suggested playlist.